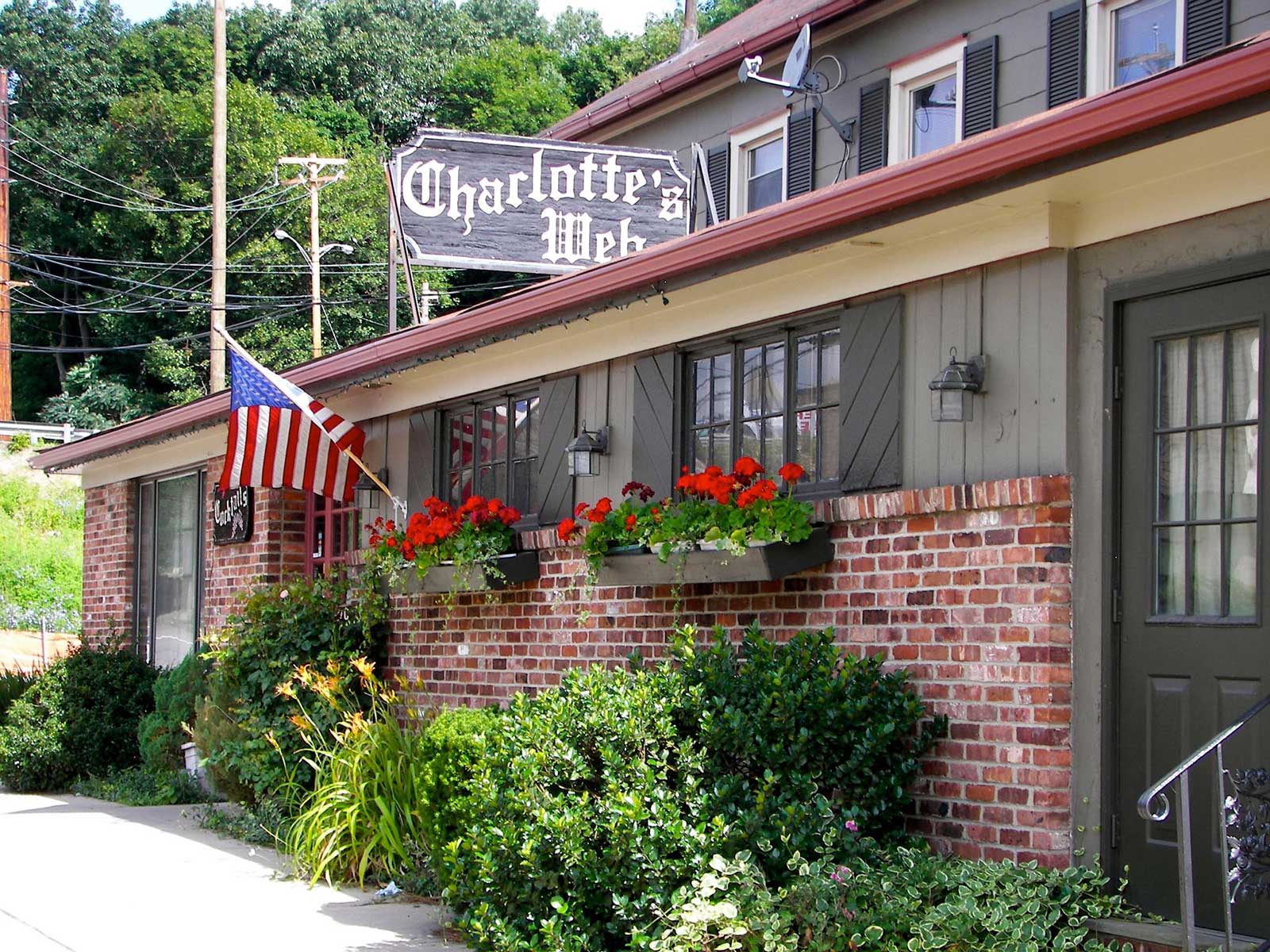 Sal and Charlotte Monteleone have been part of the Dover community since they opened their restaurant, Charlotte's Web. The restaurant, which is known for its excellent food and cozy atmosphere, was opened in 1981 with the help of a talented young chef, Carlos Munoz. Also assisting out with the launch of the "Web" were Sal and Charlotte's daughters, Stephanie and Lori, both of whom were relied upon for their experience in the restaurant business.

How it came about…

Both Sal and Charlotte come from lineages, which could have predicted that, sometime in the future, they would find themselves working in the food/hospitality industry.

Charlotte had a glimpse into the business at an early age because her mother had owned a luncheonette in Wheeling West Virginia known as the "Yum-Yum" Shop. However, her greatest culinary influence came from her Aunt Stephanie (or "Steph" as she was more affectionately called), teaching Charlotte some of the recipes that came over with her father's family from Austria. On Sundays at the Web, those very same recipes could be the special of the day, as Charlotte does some home cooking to showcase how the tradition is ongoing.

After graduating from Nursing School, Charlotte moved to Sparta, N.J. where she began to raise a family and still creating the meals taught to her by her Aunt Steph and never losing the passion to create great dishes.

Sal Monteleone has been a lifelong resident of New Jersey, raised in both Long Branch as well as Jersey City, where his father opened Monteleone's bakery in 1944. The bakery business was handed down to Sal and his brothers and is still operational to this day as the third generation of the family is at the helm. Sal went on to Monmouth College where he earned a degree in Business that would come to serve him well in the opening of Charlotte's Web.

With backgrounds in both food and business, it seemed a good fit to open a restaurant and in December of 1981, Charlotte's Web was born. Although the opening was fraught with usual uncertainties of any new business, they were fortunate to receive a rave review from a local restaurant critic and after ten months; lines began to form at the front door for a table.

Now it's over thirty years later (several lifetimes in the restaurant business for those that have come and gone) and what is their secret to longevity through the ups and downs of the economy, over two years of bridge construction and from being a business on a state highway to one on a cul de sac…consistency!

No gimmicks, no hype or jumping on the latest in the restaurant fads, just excellent food in a comfortable atmosphere that treats diners more like family than customers. That's why Charlotte's Web has customers that have been with them since the beginning. They have seen many families grow up through the years and generations celebrate milestones with them. Whether its christenings, graduations, birthdays, anniversaries, etc, the Web and its food have been an integral part.